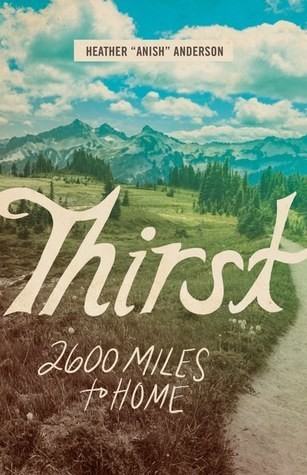 By age 25, Heather Anderson had hiked what is known as the "Triple Crown" of backpacking: the Appalachian Trail (AT), Pacific Crest Trail (PCT), and Continental Divide Trail (CDT)—a combined distance of 7,900 miles with a vertical gain of more than one million feet. A few years later, she left her job, her marriage, and a dissatisfied life and walked back into those mountains.

In her memoir, Thirst: 2600 Miles to Home, Heather, whose trail name is "Anish," conveys not only her athleticism and wilderness adventures, but also shares her distinct message of courage--her willingness to turn away from the predictability of a more traditional life in an effort to seek out what most fulfills her. Amid the rigors of the trail--pain, fear, loneliness, and dangers--she discovers the greater rewards of community and of self, conquering her doubts and building confidence. Ultimately, she realizes that records are merely a catalyst, giving her purpose, focus, and a goal to strive toward. (Mountaineers Books)

Save this product for later
Display prices in: USD

We know. You get a lot of emails already. But in the event you want more, or those of more intriguing content, you should probably sign up for ours! We do not sell lists and we don't bombard you will a lot of emails - that's a different list:)