A Beginner’s Guide to Rock Climbing at Yosemite 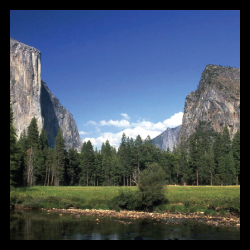 It took five attempts over five years, injured ankle ligaments and a broken rib, but a rock climbing duo finally made history in Yosemite National Park. Tommy Caldwell and Kevin Jorgeson were the first to make a free ascent on Dawn Wall, a notorious section of the park’s 3,000-foot rock known as El Capitan.

Not all rock-climbing in the park is that hard, though. Even the greenest of climbers have a place to climb in Yosemite.

Where is Yosemite National Park?
Yosemite National Park stretches more than 12,000 square miles over the Sierra Nevada mountain range in California. While you don’t have to set your sights on El Cap, you can definitely hike in Yosemite – one of the most glorious rock-climbing playgrounds in the United States.

What Gear to Buy or Bring On Any Climb
Rock climbing involves a number of items you’ll need for safety, comfort and common sense. They include the basics:

Who would go climbing without these, you ask. I’ve seen it happen more often than it should and given people a few of my extra ropes and biners.

Get ready for some numbers here. Quickly being able to scan trail details and knowing what you need based on just that simple description becomes invaluable. Climb difficulty is rated by the Yosemite Decimal Rating System (YDRS), which ranks climbs by class and grade. Technical rock climbing officially starts once you get to class 5 climbs:

Class 5 climbs are further rated by numbers that range from 0 to 15, with 15 being the most difficult. Certain numbers are further defined by +/-, with a + indicating a sustained climb and a – indicating only a few moves are needed. The letters A to D also appear after certain numbers to indicate different levels of difficulty, with D being the most difficult.

Roman numerals I to VI are used to indicate the length of the route, with VI being the longest.

Yosemite National Park features hundreds of prime climbing locations. Rock climbing guides are a good idea for beginners, especially if it’s your first climb or you’re looking at more advanced routes. Beginners can start off with a handful of routes listed below in order of difficulty:

Make Minimum Impact: As with any outdoor adventure, you want to leave no trace of litter or destruction behind. On a much more practical note, bring your own plastic container or “poop tube” you can empty in a pit toilet after your climb. Pick up as much litter as you can along the way. Never throw anything from the rock face, even if you intend to pick it up later. This goes beyond a pet peeve of mine. People who drop their trash everywhere don’t deserve to enjoy what they don’t care about. Killing any plants is also illegal in Yosemite, so consider your climb route carefully to leave all natural life intact.

Stay Safe: Heed closures. Know loose rock and other dangers can exist on any route. Review emergency procedures for injuries, weather changes, evacuations and other situations. Exercise extreme caution when climbing above other people; never pass them without their approval and feeling safe.

Yosemite is not the first choice for most beginners, though it can be done easily with good, organized planning. Learning to use your gear will automatically provide you with additional rock-climbing knowledge you can use in Yosemite and throughout your entire rock-climbing career – right up to the point where you’re ready to tackle Dawn Wall.